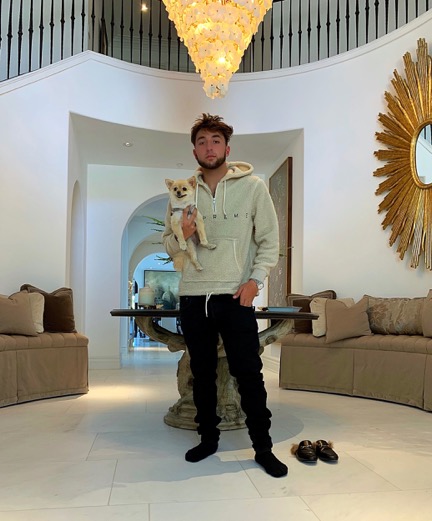 His new single is bouncy, catchy, and will make a 40-year-old parking enforcement officer rethink his career decisions. At 18, YungK is already making waves in the industry. With rappers being labeled “soundcloud rappers” or “industry plants”, he shows why he is in own lane and neither one of those while moving forward with his music and his clothing line, God’s Dream Worldwide.

Who is YungK? Well in his new single, if you have never heard of him you were introduced in a very straight to the point kind of way. Throughout his new single, he reminds you of why it is his time. His opening line on the hook, “I be getting mad dough” sounds like it is just something to say until you see the rappers instagram. There’s the BMW, G-Wagon, Porsche & classic foreign cars that back that statement up with ease.

Further more, in his new single he talks the rapper lifestyle and it’s backed up by his endeavors outside of music that are again backed up lyrics that he spits. YungK tells no lies and it’s the real deal. He’s been getting money and it shows. “My Time” lets you know what’s up but there is so much more to come from him. It’s looking very promising for the young rapper and we are looking forward to hearing more from him. Check out “My Time” on all streaming platforms.

Raeesa Sayyad
Previous Post: How a Fed rate cut could affect the housing market
Next Post: New Report Reveals Quick Increase Travel Destinations in the US