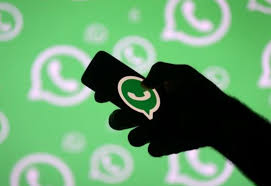 Facebook-claimed WhatsApp is at present testing another feature update for its Android beta form making it a lot simpler for clients to manage media (Photos, Videos) on the platform.

As indicated by a report by WABetaInfo, the application has got support for a new ‘Show in chat’ alternate way which enables clients to rapidly observe media specifically in the chat and a new ‘rotate’ feature which enables users to rotate images without leaving WhatsApp, Khaleej Times reported.

The ‘show in chat’ alternative additionally gives clients a chance to follow the visit about where the image was originally shared The ‘set as’ option will let users choose if they want to set it as a group icon, wallpaper or as their profile photo.

As announced before, WhatsApp is likewise working on a fingerprint authentication validation highlight to shield its clients’ chats from being seen by others.

The unique finger impression authentication feature will be accessible inside the application under another section. Once you enable the fingerprint feature, your WhatsApp account will be completely protected from others to be seen.

This feature would be available in future for any Android user (and later for iOS users too) having Android Marshmallow and newer operating systems and a fingerprint sensor.

WhatsApp is also said to be working on another feature that will allow its users to mute a chat directly from the notification centre.