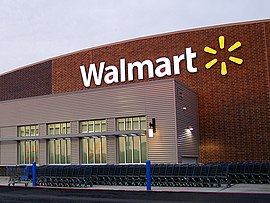 Walmart said it aims to list its Japanese supermarket unit Seiyu while keeping a majority stake in the business, amid on-and-off speculation the U.S. retail giant was looking to exit Japan where it has struggled to grow.

Lionel Desclee, who was hired earlier this year as CEO of Walmart Japan, said in a speech to employees on Wednesday that Walmart would remain invested in Seiyu.

“We also have a longer-term aspiration to list a minority stake of our business in Japan,” he said in a speech, according to a Walmart Japan statement.

“We believe a Japan listing would empower Seiyu to accelerate the journey of building a strong, innovative local value retailer both in-stores and online, while still enjoying the benefits of being powered by Walmart,” he was also quoted as saying. No time-frame for a listing was mentioned.

Walmart first entered the Japanese market in 2002 by purchasing a 6 percent stake in Seiyu, and slowly developed its stake before a full takeover in 2008.

Be that as it may, Japan has demonstrated a difficult market for Walmart and other outside participants, for example, Tesco PLC and Carrefour SA. Japanese media announced a year ago that Walmart considered selling Seiyu, and that a deal could add up to around 300 billion to 500 billion yen ($2.69 billion to $4.48 billion).

Buyers in Japan request new sustenance and effective client service, and the nation’s general store industry is exceedingly focused and its edges razor meager following quite a while of flattening.

Judith McKenna, CEO of Walmart International, was additionally cited in the announcement as supporting a potential open posting of Seiyu with Walmart holding larger part proprietorship.

Under Walmart, Seiyu has closed unprofitable stores. It also teamed up with Rakuten Inc last year to launch an online grocery venture, facing off against rivals such as Amazon’s Fresh service.