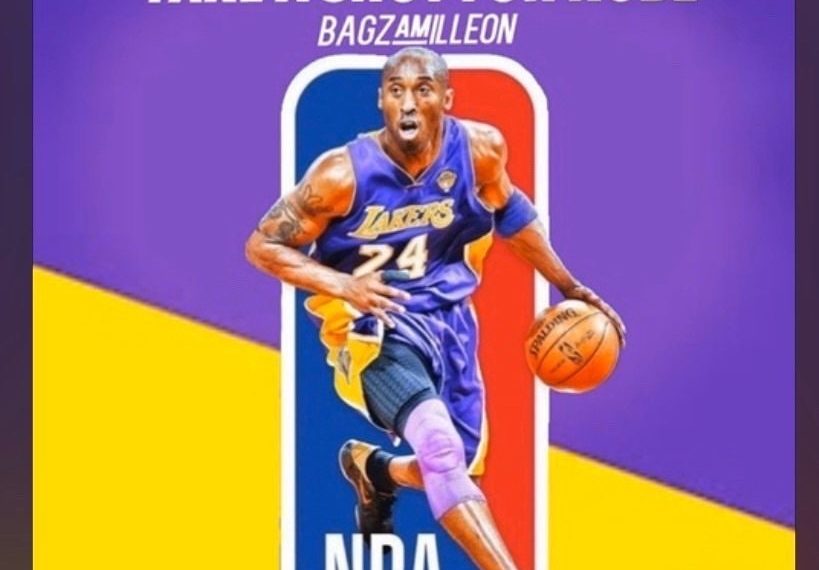 Skandolus and Bagzamilleon have teamed up again in another tribute song for Kobe. The basketball star died in a helicopter crash in the company of his 13year old daughter and nine other victims earlier this year. After dedicating twenty years of his life to the NBA and winning 5 Championships, he was a force to reckon. He coined the phrase Mamba Mentality to imply having the spirit and drive to achieve your goals.

TakeAshot4Kobe, released soon after his death, refers to making a basketball shot in a game. Since Kobe was a basketballer, the song is symbolic of his contribution to the game. Through the tribute, the rappers address his wife and kids, encouraging them to stay motivated.

They display photos and video clips of Kobe with his family, at the gym or on the court. All the important things that his life revolved around.

The song is emotional, with lines such as “we gonna take a shot for Kobe, take a shot for Kobe – he didn’t deserve to pass like this – Tears falling down my eyes faster than the helicopter falling out the sky, caught me by surprise! 9 inches looking down on us from the skies-Kobe Bryant 10 and 0, he loved the game. That’s what he was in for. The youth of my-you show them growth.”

These lines reflect on Kobe’s love for the game and continue support for young artists through his Mamba Academy. Both artists have posted the song on their social media pages. They have disabled monetization for the song, and will not make profits from the tribute.