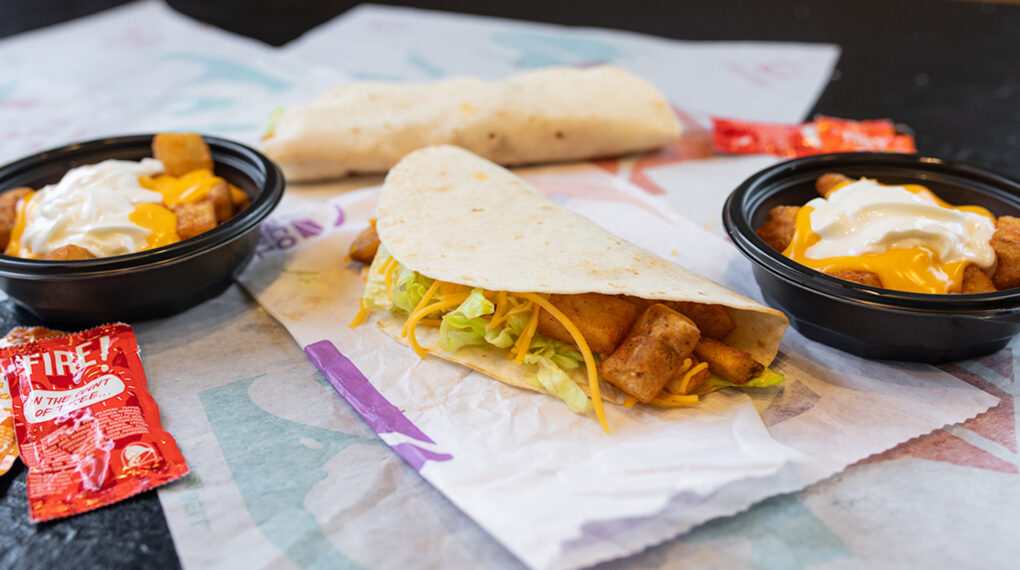 Taco Bell is testing a new meat alternative taco in front of a normal launch of new offerings featuring Beyond Meat.

It’s known as the Cravetarian Taco, a temporary menu item that includes a “boldly seasoned plant-based protein” made from peas and chickpeas. It’s loaded with cheddar cheese, lettuce, diced tomatoes, reduced-fat sour cream and served on a crunchy corn shell.

Nonetheless, it’s just being sold at one Taco Bell location, in Orange County, California, until April 29 for $2.19.

The “proprietary protein,” as it was described in a statement, was made in-house at the Taco Bell Test Kitchen. The chain said it’s actually developing other plant-based meats with Beyond Meat (BYND) and will test them not long from now.

Taco Bell said that its meat alternative is vegan and the term “Cravetarian” emphasizes that “no one should have to sacrifice bold flavors for their lifestyle.”

The chain is popular with vegetarians since it offers to substitute dark beans for standard meat. Furthermore, in 2019, it carried out a veggie lover menu, guaranteeing that the things on it “can be customized more than 8 million ways” to fit a vegetarian diet. This year, it brought back potatoes.

“By testing and offering a wide breadth of meatless options, Taco Bell doubles down on its pledge to bring more innovation to the vegetarian space,” the Yum Brands-owned company said in a statement. “Fans who are vegetarians, veggie-curious and meat-eaters will be bound to find their next plant-based obsession.”