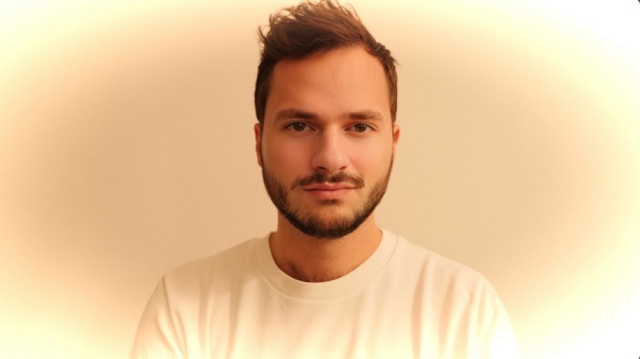 Founded in 2016, SDW Management advises musicians and offers them a whole range of services, allowing them to do without record companies and to operate in complete independence. Explanation of text with Jimmy Boss the founder of the structure.

SDW Management presents itself as an artist management company, but also as a “service agency”. What does that mean?

The heart of the management profession, as it has always been and as we still practice it, is to offer advice to artists, to represent their interests and to receive for this a commission proportional to their income of 15%. But it is a profession that is evolving and must adapt to a new context. This is why we had to offer new services to our artists.

It is like giving the musicians you work with the means to be masters of their own destiny, in a way becoming entrepreneurs, managing their creativity like a business and remaining owners of their works.

Clearly, for musicians who wish, we offer an alternative to signing with a record label.

A few years ago, making music was very expensive. To record an album, you had to go to studios, which were very expensive structures, and pay musicians. It cost a lot of money to make and distribute the disc object. Everything changed. Streaming, in particular, has changed the way the system works. Before, producers were paid only once, when the record was purchased, whether it was listened to once or a thousand. With streaming, the artist or his record company is constantly paid. And since each listening is paid, it potentially earns more money. In addition, social networks have also taken a huge place and allow musicians to “self-market”. The media, which yesterday launched the artists, remain important but only to crown a success and to help the artists to exceed the community which they created themselves. All these changes have not radically changed the different professions in the music industry, but rather the way (and when) they intervene in the development of the artist. Above all, this allows musicians to be able to exist alone on the market without necessarily needing the down payment that the record labels brought yesterday.

How is the model you offer to artists different from what traditional record companies offer?

A record company advances money for artists to produce works it owns. The heritage of a label is not the artist but its records. We do not own anything: the artist remains the owner of everything he creates, but we offer him services and advice on all aspects of his creation.

The point of view is not at all the same – on the one hand the artist, on the other the work – but structurally we are alike. The professions we practice are the same as those of a record company.

But all the musicians probably do not want, even to earn more money, to have to manage themselves the production of their disc, the shooting of their clips, the realization of the cover of their album, the setting up of their tour, even with the help of different advisers?

It’s a new culture that probably doesn’t fit all artists. But what’s new is that today they have a choice. It’s up to them to choose which system they feel most comfortable with. They are no longer forced to choose to work with a label: an artist can be an employee or an entrepreneur. Record companies employ artists; we provide services to artist entrepreneurs.

I don’t think this system is more suited to certain musical universes, like rap or electro. If there are more entrepreneurial artists in these musical universes, it is that they were forced to structure themselves in the underground and in independence. Historically, it is a system that was born by and for these so-called “niche” artists.

But they are all “niche” artists listened to by very young fans?

If we point to these examples, it is because they confirm that widespread popular success is now possible with this mode of operation. But it is valid for all styles of artists and, above all, it allows them to live better. Entrepreneurial artists make a better living from their music. They get better income.

Should we deduce that the artists who complain about the streaming model have the wrong target?

What is certain is that streaming is injecting more revenue into the music industry than CD or vinyl yesterday. Before its appearance, the average consumption of the French was two albums per year, which made 30 euros injected into music. Today, with unlimited streaming subscriptions that all cost around 10 euros, that amount is more like 120 euros. In recent years, there has been money flowing back into the music industry. The cake is much bigger for sure, but the part of artists often comes down to crumbs. The musicians who complain are those who are the victims of a contract linked to an activity that is no longer the same and receive only a tiny part of the streaming income.

Where does this model of the entrepreneurial artist come from? The Daft Punk who, from the 90s, chose to remain owners of their works by only giving a license to a record company for their exploitation, have they not paved the way for this model?

Electronic music artists were the forerunners of this mode of operation simply because the industry was not interested in them. They were forced to develop independently and to clear the ground.

The French rap scene of the 90s was also largely structured this way. IAM, Cut Killer, Sector Ä… all had their own companies. Then, with the 2000s, came a new generation of artist entrepreneurs who have taken up new technologies such as Stromae, C2C, Fauve, 1995 or Sexiond’Assaut, from which Maitre Gims came. All were their own producers while continuing to have their records distributed by record companies. But it was especially in the United States that this culture developed in the 1970s, especially in the world of cinema with agencies like CA. This agency does not own anything but intervenes at all levels and on all contracts signed in the entertainment industry in the United States. It’s a benchmark for us. These are “dealmakers” who have infused this culture of service into the entertainment that is developing today in France.

Does this model not conceal at the same time an evolution of the artist himself? Yesterday, a musician had only his records and his concerts for sale, today some are real brands, selling clothes and objects of all kinds to their fans, becoming actors or television presenters.

Exactly. Today, during his career, a musician does not only produce songs: he expresses his talent and his vision at large in all kinds of fields. Like Stromae for example, gone from song to fashion. These are artists who, as entrepreneurs, have established themselves as brands and have therefore had no problem navigating between different universes. Today, access to creation is so simplified that there are no more barriers between different artistic activities. Musicians like Orelsan and CaméliaJordana, who jump from one artistic domain to another, will be even more numerous in the future. The disc and the tour are no longer the only sources of income for musicians. And musicians need to be accompanied in all their artistic approach by teams who have an interest in working with them, whatever the field they want to tackle.

How do you plan to develop SDW Management?

The main objective is to maintain the boat while finding new talents. And that is why we are about to create one of the best tools for finding new talent based on Instagram freestyle contests with very large rewards which will be called: Outsiders.

SDW Management & Outsiders.tv are likely to leave their mark on the French music industry without a doubt.

Brand Buzz
Previous Post: Lil OP is the next biggest rapper and here’s why
Next Post: HHRD Rehabilitation Efforts In Pakistan