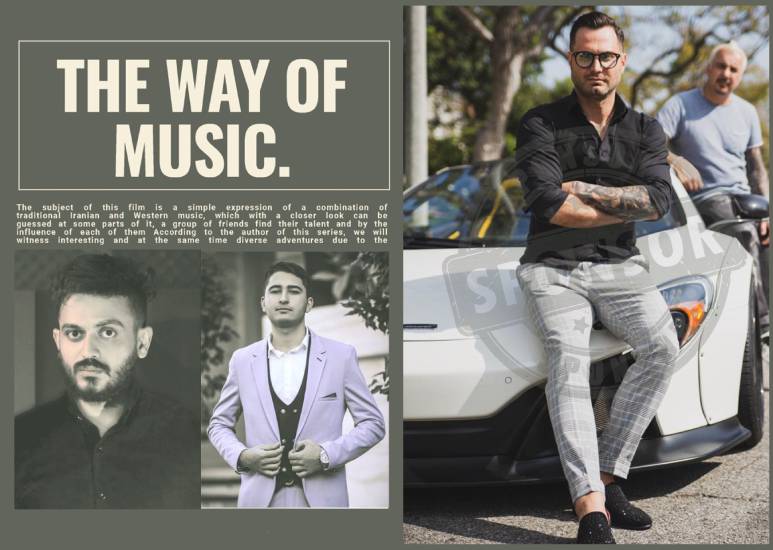 Pooria Ghohroodi Born and raised in Tehran ( shemiranat ) Pooria, who’s one of the race champions in Iran. He has a mechanical clinic. He is the best specialist for exotic cars, and he has some shares of BMW, and he had a black belt in kickboxing. As well Pooria, who’s studied in 11 February school in North of Tehran and got his bachelor from Karaj University, had lots of opportunities to move to America since he was 18 years old, but being in love with his country didn’t let him move now after something happened in his personal life he decided to move to United States of America and base on his mindset he chooses Angeles, and Hollywood l, experience and he moved to the same area He started with game net websites, and he chooses a professional Persian technician to run his business to support the Persian community and now, after a short time staying in California because of his willingness to sell, he got a sales manager position in Aston Martin dealers.

Pooria Ghohroodi announced in her latest story on Instagram that she is one of the major investors in the series ” the way of music “.

The analysis and feedback that Pooria Ghohroodi has had so far has been from the majority of the people I have to pay.

He even had an offer from the director in the series “the Way of Music”, but because he was not important to fame and notoriety, he rejected this offer with complete determination.

The main reason he found a tendency to invest in the series “In the Way of Music”, according to himself, is playing Mohsen Avid (Mohsen Parhizkar), an Iranian rapper with a long history in hip hop and Javad Safaee , the greatest producer of traditional style melodies and Is modern Iranian.

Series in the way of music and those involved in this series:

The series in the way of music is a 20-episode series between Iran and Turkey, which has come to an end with the investment of Pouria and the play of Javad Safaee and Mohsen Avid .Other actors in this film are Fatemeh Parhizkari as a writer , DJ Hamid Khareji as composer, Babak Baris as stage designer, Nazanin Rahimi Yekta as dialog and dubber , Amir Eight as director, Babiam as internal manager, Majid Bahar has been working as the technical staff of the film crew.