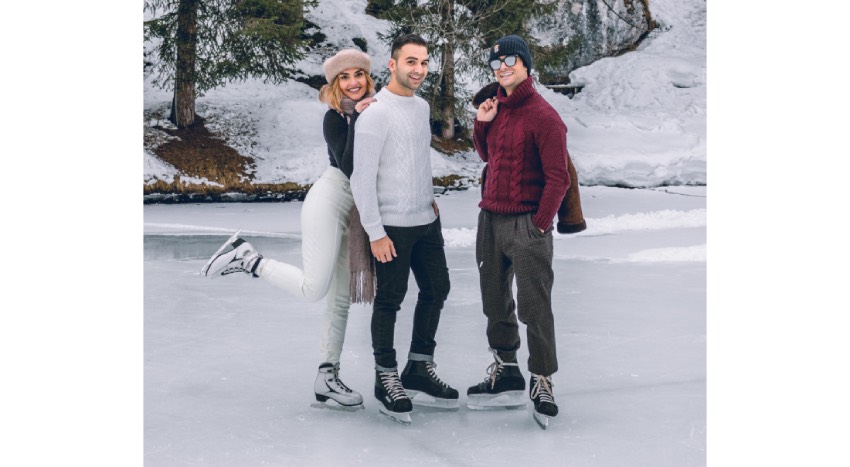 The key to great photography isn’t just how well you know your gear. It’s what you carry around in your head. Sometimes we create obstacles for ourselves that get in the way of creating better images. However, when we set out to avoid creating barriers while overcoming those that come out of our struggle to make it, success is almost always guaranteed. As a new photographer, it is important that you know the journey to masterly is not an easy one. Take it from Italian travel influencer, Michelangelo Azzariti. Mickey, as he is popularly known, has had to overcome enormous challenges developing his career as an accomplished photographer. In this article, Michelangelo shares his story and how new photographers can overcome challenges to attain their goals.

From Taking Pictures for Fun to Travel Influencer

29-years-old Michelangelo Azzariti hails from Puglia, Corato, in the province of Bari. He grew up loving traveling and taking photographs. That was the reason he even chose to study tourism in college. After school, Michelangelo always went to new places to look for work. During his tours, Michelangelo would take pictures of all the beautiful places he had been to. It was on one of his travels that he settled in Alta Badia on the beautiful dolomites. There, he worked in hotels while still doing photography as a hobby.

Alta Badia became Michelangelo’s classroom, where he learned professional photography. “The wonderful scenery of Alta Badia helped me appreciate details that I did not notice or include in earlier photos,” he says. Michelangelo’s life in the Dolomites ushered him into professional photography and his first days as Italy’s most notable travel influencer.

Over the years, Michelangelo’s passion for photography spilled over and turned into a fully-fledged business. Before long, his work was noticed by Italian fashion bloggers like Giulia Gaudino, Frank Gallucci, Nicole Pizzato, and many more. Michelangelo recalls how, at one point, he took a picture of a client that later garnered more than 30,000 likes on Instagram. The exposure that came from that gig served as a much-needed marketing strategy for Mickey. Soon after, he was contacted and interviewed by big companies and even some foreign ones.

Michelangelo says his big break was made possible by the consistency with which he conducted his business. To get to the point he is at, Mickey would take whatever opportunity was presented to make some progress. He would get into Instagram contests, win some, and get business from that. He recalls one instance when he won a competition, and his picture was published in a local Italian newspaper in March 2018. Michelangelo is also a writer on Biomaterra, an Italian blog on nature and environmental sustainability.

Breaking the Barriers with Just a Phone

The life of a photographer isn’t an easy one. It takes determination and an incredibly thick skin to get past the myriad problems you’ll face. Once you find your way past these problems, however, you’ll find that photography is a rewarding and exciting career. When Michelangelo was new in the industry, he did not have any of the equipment he needed to produce the quality he wanted. He was still a student and thus didn’t have the money to buy a camera, drone, and a laptop to have the perfect shots and edits he wanted to produce.

So what did he do to overcome this challenge? Mickey was unbowed in his pursuit of greatness. That is why he resulted to using just his phone for all the work he had to do. He used his smartphone to take pictures and to watch tutorials on YouTube. Through consistency, Mickey was finally able to save enough money to buy all the equipment he needed.

How to Do It Differently

To new photographers, Michelangelo says that although the ability to become a good photographer comes from possessing natural attention to detail, photography is an art that can be learned. “Take some time every day to learn more about your type of photography. Practice to choose the perfect subject, place, or unique angle than no one else sees,” he says. Mickey encourages photographers to not only rely on their skills but to also invest in photography software. “Finally, if you do not have enough money to buy the equipment you need to make the best out of your craft, take this time to practice and save enough money to buy everything in the future. The important thing is not to give up.