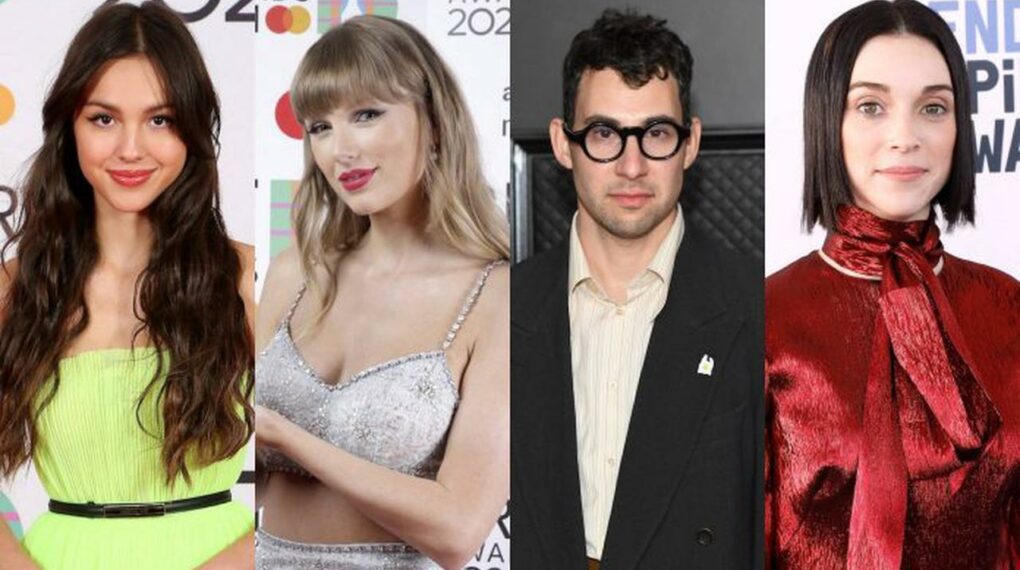 Olivia Rodrigo has been open about how much Taylor Swift’s “Cruel Summer” influenced her Sour single “Deja Vu.” Now she has made the association official by adding Swift, Jack Antonoff, and St. Vincent as co-writers on the track.

The songwriters have been added to the track’s Spotify and TIDAL metadata, with credit going to them over the song’s bridge.

Rodrigo’s Swift being a fan cuts deep, and the pair initially interfaced when Swift recognized a cover Rodrigo had done of “Cruel Summer.” After releasing “Deja Vu” as the second single off her debut album, Rodrigo revealed to Rolling Stone that the shouting on the scaffold of the song was propelled by the fan-favorite Lover track.

“It’s one of my favorite songs ever. I love like the yelly vocals in it, like the harmonized yells that [Swift] does, I think they’re like super electric and moving, so I wanted to do something like that,” the artist says in the video. The tune is additionally the solitary coordinated effort among Swift and St. Vincent, who both work with Antonoff. (Reps for Rodrigo and Swift didn’t quickly answer to demands for input.)

This is the second Sour track to feature a Swift-Antonoff interpolation and writing credit, with “1 Step Forward, 3 Steps Back,” borrowing from the Reputation ballad “New Year’s Day.” Although the pair still can’t seem to really interface up in a studio or for an exhibition, Swift and Rodrigo have been circling around one another throughout the span of the year. Rodrigo and friend/fellow famous Swiftie Conan Gray were important for the Fearless (Taylor’s Version) rollout and made TikToks set to tunes off the re-recorded interpretation of Swift’s sophomore LP. Quick additionally gave Rodrigo a ring she wore while recording Red. They formally met at the Brit Awards, where they exchanged handwritten letters.