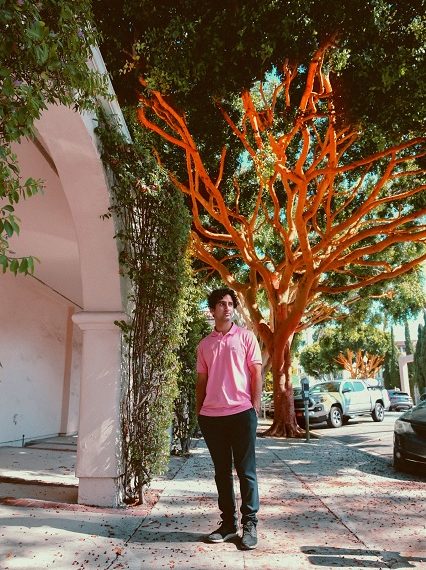 House music artist BLEAM has been scratching music charts since his first release in 2019. His releases “Antigua” and “Freak Show” have been a couple of hot favorites among the underground house scene this summer and fall, with the former breaking out into more mainstream audiences. This artistic mind behind BLEAM’s success is California based DJ Ryan Eshaghi. He has signed with notable record labels including Laidback Luke’s Mixmash Records, Do Not Duplicate, House Essential, and more. Featured on three editorial playlists this year alone, the young artist shows no signs of slowing down and shares with us his journey from his first show to noteworthy releases.

He started with making SoundCloud remixes and mashups with his friends. His talent was recognized in a local competition to play a festival gig, and he played his first show at Summerlands Music Festival. Soon after, he began spinning at nightclubs in southern California before even turning 21, while keeping himself busy and creating his own original tracks. He has opened and played support sets for FeedMe, JOYRYDE, Firebeatz, and DVBBS to name a few.

Ryan just recently graduated college, and his interest in technology inspired the term “BLEAM”, which means to send or transmit digital data. He shares that this term justifies his work and his persona. “That inspires me, and I hope to translate some of my technology-based interests into the music I make, either lyrically or with sound design,” BLEAM shares. He views his activity in music as complementary to his interest in the field of blockchain and new tech. He shares, “It feels sometimes overwhelming but it’s also so rewarding to see others connect with my music.”

BLEAM recently launched a COVID-19 relief campaign; He planned and recorded personalized mixing videos for each donation received, and the proceeds went to No Kid Hungry and the CDC Foundation. He spent umpteen hours creating custom mixes over Instagram as promised for over 65 people, and posted the videos on Instagram. Eshaghi shared that he felt blessed to be able to use music as a means to help those in distress, and he will continue to do so for other initiatives.

Brand Buzz
Previous Post: Matt Mahvi on why innovation is integral to entrepreneurial success
Next Post: Ryan Pownall shares his experience on founding and executing a Guinness World Record festival