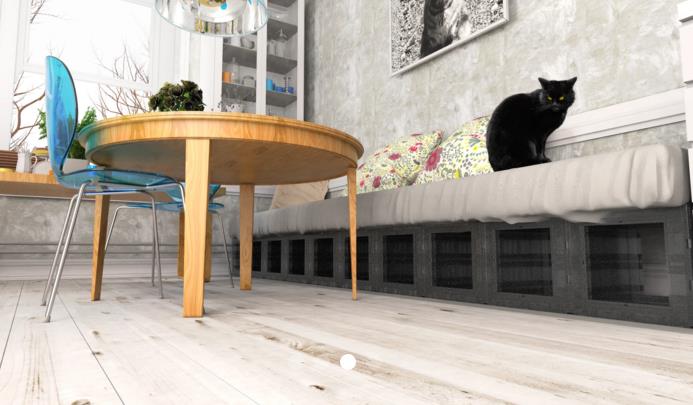 Most cat or dog owners know that their furniture can get destroyed as their animals claw it. Which is why, pet enthusiast Maxine Ang Bishko founded Modpod to enable humans and their furry friends to cohabitate while allowing everyone living in whatever kind of accommodation from small spaces to large acres of land to have furniture that will not only look great interior design wise but also comfortable enough for pets.

What began as an e-commerce pet food delivery business to becoming one of Singapore’s all-natural pet supply distributors gave her the inspiration to create Modpod.

She grew up in Singapore and became accustomed to living in small quarters, she wanted to change the way people live with their pets. The idea behind Modpod came from the fact that while she was fostering abandoned kittens, her furniture was getting constantly destroyed by their claws so she designed and engineered the Modpod system with furry friends in mind. With her experience in the pet industry she decided that she would team up with an industrial designer and an investor to create Modpods.

Modpod’s modular design offers a way for humans and their four-legged companions to cohabitate while allowing everyone from shoebox to big spaces to maintain a stylish décor in their homes, bridging the gap between “human furniture” and pieces to accommodate cats’ needs. The innovative thing about it is that Modpods can be mounted on walls or built into bed frames. All Modpod sets come with wall mounts, connectors, and panels so that people have the flexibility to build and create designs any way that people feel like.

Other than creating furniture fit for cat lovers, home interior enthusiasts, and product designers; another one of their ultimate goals is to also provide shelter for strays no matter where they might be, so that they have a shelter from the outdoor elements.

Some of the features of Modpod are that each cube is durable, universal, ease of use, expandable, and reusable. Each Modpod cube holds up to 100 kg, can be transformed and used in any and all furniture aspects, easily assembled with no tools, expandable and can be as large or small as you want, and strong and does not collapse or break down easily. All Modpods are made in a neutral, transparent matte finish that goes with almost all home furnishings.

When people back the Modpod Kickstarter Campaign, they will get exclusive early bird prices. Their cards will not be charged until the campaign reached its funding goals.  People can also get updates when they sign up at modpod.life.

Modpod launched their Kickstarter Campaign on 21 July 2020 to revolutionize furniture space designed for both humans and cats in mind. They currently have 58 days to go and they need outreach to more superbackers or people in general so that they can reach 63,000 SGD.

Previous Post: Justzai is Back
Next Post: Bank of England clutch rates consistent yet cautions of a more slow financial recuperation