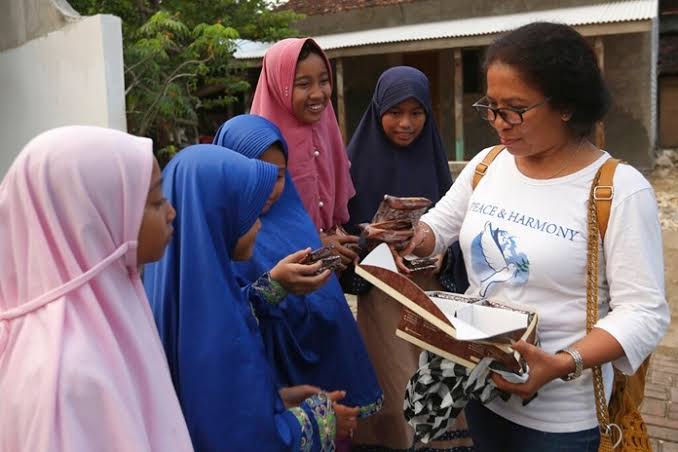 The youthful Balinese widow gazed over the town hall at the man who had killed their better half and 201 others, and yearned to see their endure.

As far back as that unpleasant night, when they understood in the midst of the darkened body parts and seething flotsam and jetsam that the dad of their two young men was dead, Ni Luh Erniati’s wrath at the men behind the shelling had remained bolted somewhere inside. Yet, presently, it came thundering out.

She attempted to scramble over a table obstructing their way to hit Amrozi Nurhasyim, whose unrepentant smile all through the preliminary over Indonesia’s most noticeably awful psychological oppressor assault had earned their the moniker “The Smiling Assassin.” And then they felt hands pulling their back, stopping their offer for retribution.

Be that as it may, inside that town hall, and for quite a long time to come, Erniati needed everybody related with the 2002 bombings on the Indonesian island of Bali to be executed by terminating squad. What’s more, they needed to be the one to pull the trigger.

Their words to a journalist in 2012 were obtuse: “I abhor them,” they said. “I generally will.”

The act of accommodating previous psychological militants and exploited people is uncommon and, to a few, despicable. However it is picking up consideration in Indonesia, the world’s biggest Muslim-larger part country. While Islam in Indonesia is to a great extent moderate, the nation has combat Islamic aggressors since the Bali assaults. A year ago, two families completed suicide bombings at temples, and in October, an aggressor wounded Indonesia’s top security serve.

The assaults have left Indonesia chasing for approaches to anticipate fear based oppression — and to mend from it.

Indonesia grasps an alleged delicate way to deal with counterterrorism, where authorities select previous aggressors to attempt to change fanatic frames of mind in their networks, and imprisoned psychological militants experience deradicalization programs.

A year ago, Indonesia’s administration united many previous Islamic aggressors and unfortunate casualties for what was charged as a compromise meeting. The outcomes were blended.

All the more discreetly, in the course of recent years, there has been a developing coalition of previous psychological militants and exploited people united under the direction of a gathering established by the casualty of a fear monger assault.

Since 2013, 49 unfortunate casualties and six previous radicals have accommodated through the Alliance for a Peaceful Indonesia, or AIDA. They have visited around 150 schools in parts of Indonesia known as hotbeds for radical scouts, offering their accounts to in excess of 8,000 understudies.

The expectation is that if previous psychological oppressors and exploited people can figure out how to consider each to be as human, they can stop the cycle of retribution. While compromise endeavors have been propelled after a few huge scale clashes —, for example, South Africa’s post-politically-sanctioned racial segregation Truth and Reconciliation Commission — scarcely any endeavors have been made in instances of psychological warfare.