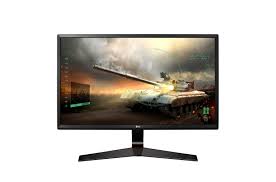 LG has unveiled its most recent gaming offering: two new monitors with a blasting one-millisecond response time. The screens are a piece of LG’s UltraGear family and are the first on the world to offer such a quick IPS show, which brings IPS (In-Plane Switching) up to a closer standard with TN (Twisted Nematic) panels.

The bigger model accompanies a bended, wide-angle monitor and 37.5-inch screen, a resolution of 3840 x 1600 and a brilliance of 450 nits. The second model has a littler 27-inch show, a resolution of 2560 x 1440 and a brightness of 350 nits. These specs aside, their primary feature is their smooth movement. As well as the one-millisecond response time, both boast high refresh rates: 144 Hz for the smaller model and up to 175 Hz for the larger one. They’re also both compatible with Nvidia’s motion-smoothing G-SYNC technology.

No word yet on evaluating, despite the fact that they likely won’t be cheap. LG is as of now displaying both the bigger (model 38GL950G) and littler (model 27GL850) monitors at Nvidia’s space at E3, and says that pre-orders for the 27-inch monitor will open on July 1st in the US, with availability in Europe later this year.