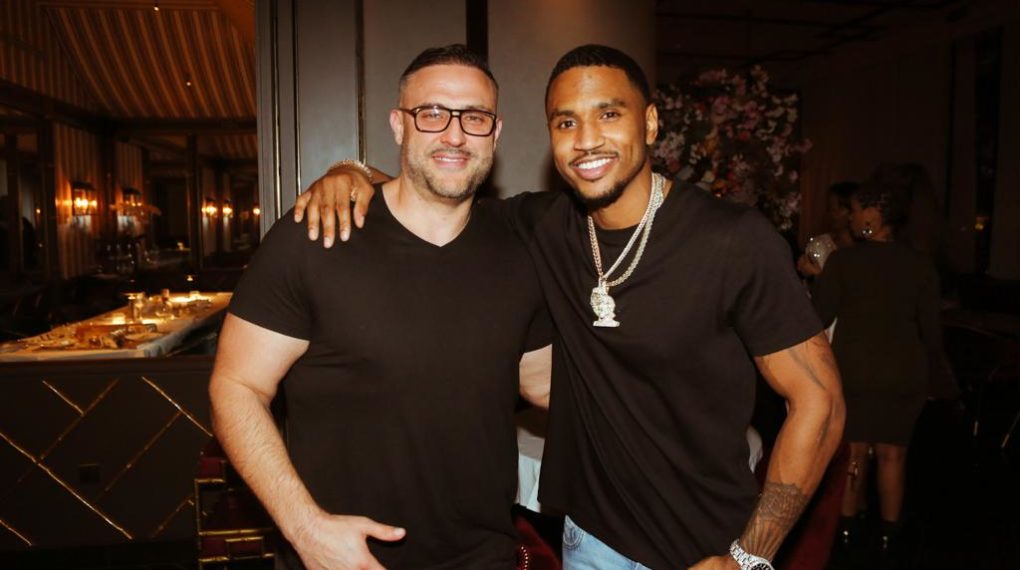 Who are you and Where are you from? Have your surroundings shaped you in a creative sense, and in what way(s)?

I am Siavash Aghaiepour, my background is Persian, I grew up in Germany. Definitely my surroundings shaped my creative or music sense, I grew up in Heidelberg/Germany which is influenced by the first HipHop movement/scene in Germany. Also the presence of the US Military in Germany brought a lot of HipHop Culture to the area. Myself playing basketball with the kids from the US and listening to their music influenced me a lot.

Have you noticed whether or not diversity in the entertainment industry has shaped or shifted music over the decades?

The diversity in the industry has definitely shaped the music. The sound has changed, has adapted. The production, speed and tempo has adapted. A new direction of music was created, a lot of crossover fusions between different genres. In the early 00s Hip Hop was still more underground, breakdancing and club subculture when Techno music had a peak time especially in Europe. Hip Hop developed and became mainstream, at the same time EDM came up and spread all over the world, this was when artist left their own genre and started to collaborate with each other, for example Akon with David Guetta as one of this first major hit records that combined both styles.

Can you tell us about the challenges you faced while building your vision?

A. There are many challenges and obstacles. Not everything goes always the way it should be. You can always do your best, there is always stuff that can and will go wrong. It’s your job to find new ways and to manage those challenges in order to deliver the goals and results. Even when you do your job, it’s never over until the results are there. So you must be patient and open for challenges. One big challenge is that you are not in charge, you are just a representative, you don’t control the artist. There are many factors that come together, travel, flights, etc. You always have to be on standby and open to come up with solutions.

When and where did you launch HR Booking?

The launch of my company started not long ago after my first event in Heidelberg. I went back to Berlin and searched for a similar sized club as the one in my hometown. I chose Globus in Tresor Berlin, which was a Techno location and started doing Hip Hop parties there. I was a big mixtape tape fan, so my idea was to contact the DJs from New York who did the tapes and bring them to Berlin on a frequent basis to deliver something completely new to the scene and stand out from other parties. I had heavy names every other week, so that was Heavy Rotation.

Shortly after I launched the event word got around in the German club scene and I was contacted by other clubs if they can have the DJ before we have them in Berlin or the night after. That’s how I got from promoting to booking.

You have three locations of HR Booking, which one was first and which one is your Headquarters?

The first office was located in Stuttgart/Germany which was together with 0711 Hip Hop back then, which is a big name in the German Hip Hop Scene. Then the office moved from Stuttgart to Mannheim where my brother Roozbeh Aghaie pour joined me.

What is your greatest success thus far?

A. Doing something no one has done before is always a great success. In 2019 I booked the lineup for the first international music festival in Saudi Arabia which made history having Janet Jackson, 50 Cent, Chris Brown, Future and many more perform. In 2018 it was the first ever Hip Hop festival in South Korea with Migos, 2Chainz, etc. But there are also a lot of events the public never gets to know about, like private wedding parties with Shaggy in India or Flo Rida in Beirut.

Which tips would you recommend to your colleagues in the industry to help them to thrive and not “burn out”?

You have to really do what you love and unconditionally sacrifice a lot and be consistent because this business is not for everybody. You can get burned out really quick and you can never expect what can hope you have to be prepared for everything. There is not enough sacrifice that could maintain you in this business. You never know what comes next, you always have to face new challenges and then when you think everything is over you get what you want – everything can be gone and it’s not even your fault. You always have to be ready for failures and you have to have enough stigma to get back on your feet and move on to the next project and try to do it better and learn from your mistakes.

For more info Check out www.hrbooking.com and follow www.instagram.com/overseasia to stay updated.