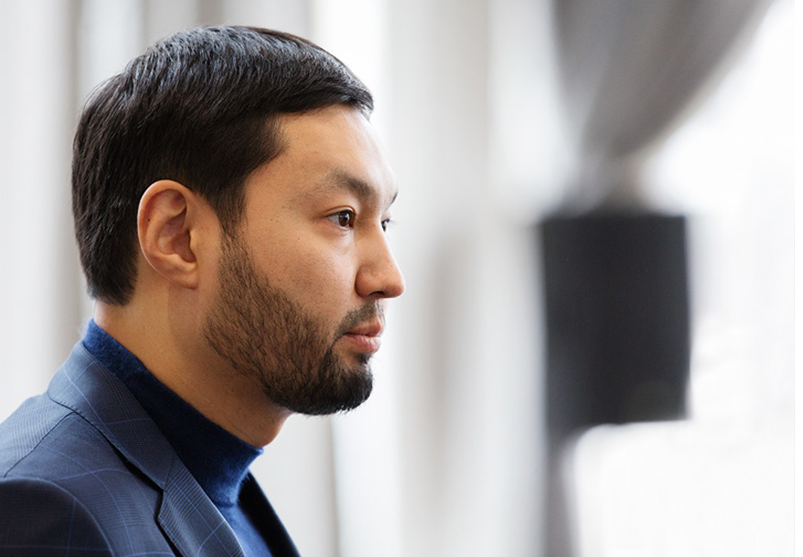 Investing in technological innovations, heavy industry and charity – it is quite possible to succeed in everything before the age of forty, and Kenes Rakishev proved this by his own example, and Forbs confirmed this by including him in the top five most influential businessmen of Kazakhstan. However, Rakishev’s influence was noted not only at home: for colleagues from the United States, he is “the first Kazakh on NASDAQ”. Thanks to Kenes Rakishev, a lot of noteworthy projects have been implemented, and we will tell you about the most interesting ones.

Rakishev Kenes is a Kazakh entrepreneur, born in the family of an influential civil servant Khamit Rakishev. Now Kenes Rakishev is one of the wealthiest people in the country. His fortune is $684,000,000, which allowed the businessman to take the 5th place in the Forbes list of the republic. Kenes Rakishev’s field of activity is extensive, it includes participation in venture funds and work with startups and innovative projects.

In 2000, he graduated from Kazakh juridical Academy and KEU, allowing Kenes Rakishev to become a certified lawyer and an economist. After that, Kenes Rakishev received additional education at Oxford Said Business School. For several years, the businessman became a member of business associations, chairman of the Council of banks, headed industrial and commercial enterprises. Kenes Rakishev has a significant share of shares in many large financial organizations of the Republic of Kazakhstan.

The main areas of activity of an entrepreneur are:

From 2012 to 2016, Kenes Rakishev managed to significantly develop his business and increase the area of influence. Among the largest transactions are investing in “Magnum Cash & Carry” in 2014. The businessman is funding a number of large scale venture projects. The most famous is Genesis Angels, which was created in collaboration with Ehud Olmert, the former Prime Minister of Israel. In 2015, Rakishev’s company Net Element bought PayOnline.

Some of the projects in which Kenes Rakishev has been involved

Together with his colleague from Israel, Moshe Hogeg, Rakishev is engaged in investing startups from scratch. Singulariteam is a venture fund created by Kenes Rakishev and Hogeg, which helps to implement progressive projects in robotics, IT industry and artificial intelligence.

One of the most popular initiatives of Singulariteam is the social network Mobli-the main rival of Instagram. The advantage of Mobli is more convenient operation and advanced features: users can upload not only photos, but also videos without a time limit, and also have the ability not to multiply accounts – the application integrates with all existing social networks.

The second most popular startup funded by Rakishev is the Israeli company Sirin Labs. In 2016, it introduced the world’s most secure phone Solarin with a multi-level system of protection and encoding of information.

A separate mention is the cloud service triplay. More and more often we hear about how someone’s personal information stored in the cloud has been affected, which is why the creators have focused on the security of triplay. The service is very convenient for use with both a PC and a mobile phone.

Among the new products of 2017, in which Rakishev invested, it is worth noting the Orbi Prime smart glasses. Development belongs to Skander Rahmanberdiev and Adil Suranchin – countrymen of Kenes, so that the project can be proud to call Kazakhstan. Orbi Prime is a long-awaited gadget for those who are in love with outdoor activities and extreme sports: the glasses have a built-in camera that supports high – quality photo and video shooting, as well as allows you to take panoramic pictures. When you connect to Wi-fi, you can immediately share your footage with your friends.

Kenes Rakishev: patriotism is not the empty words

The Saby Charitable Foundation, co-founded by Kenes Rakishev and his wife Aselle Tasmagambetova, constantly conducts actions to help children and people with disabilities. Thanks to the foundation, a gymnasium school and the Meyirim campus were recently built in Almaty, where up to a hundred graduates of orphanages can live and study. In 2015, the fund’s funds were used to restore residential buildings and roads affected by the devastating mudslide.

Within the framework of the “Build your Business” project, Kenes Rakishev awards cash grants to the most interesting and promising startups of aspiring entrepreneurs in various fields.

To develop yourself and help people develop around you is the life motto of Kenes Rakishev – a man who wants only the best for his homeland and deserves the title of “son of his people”.