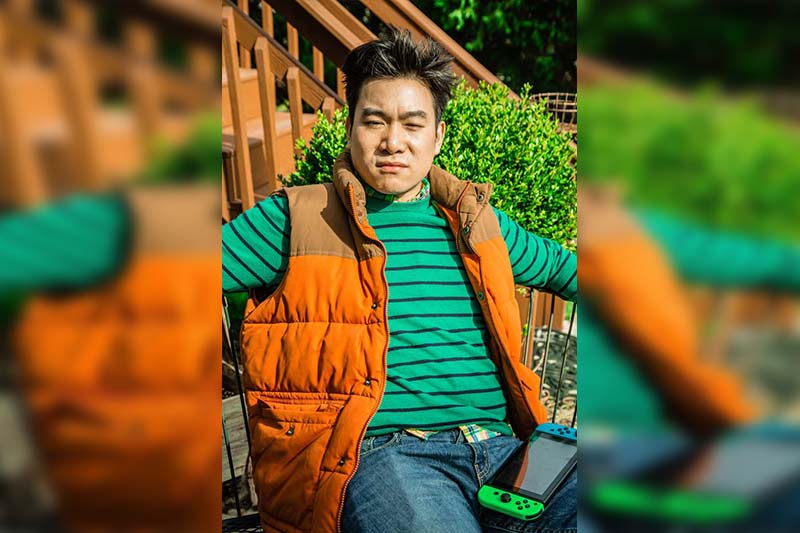 Hip Hop artists are becoming hotter and hotter as we lean towards a warm spring, along with a string of other influential genres early in 2020.

Germantown, Maryland`s one and only Fat Panda Tuan is no exception whatsoever. Hits like “Like That” “Fat Sumo Ft. Chxpo” & “Badu” show exactly how transparent and versatility Tuan can be from hitting trap beats to melodic cadences. Fans were able to relate to his project Shinobi Tempura in 2018 which gained him popularity.

Japanese culture has a huge impact on Tuan`s life, eating sushi and watching anime is stuck in his blood. We got the opportunity to do an interview with Fat Panda Tuan and we were delighted to dive in on the face of stardom! We asked him how he thought of his unique stage name/moniker.

Why did you become a personal trainer?”

“Growing up I always struggled with weight until I was able to finally conquer by becoming a personal trainer. Fat was an insecurity I always had and I turned it into something positive. Hahaha. Fat is just my nickname and my go to diction word of choice. Some people say fire or lit, I say fat.

But Fat has everything to do with my brand. why wouldn’t you want flavors, bland is boring lol. I believe that life is Fat. it’s full of flavors and everybody has different tastes and that’s the beauty of it all. Plus I love to cook and eat all types of authentic foods. The more authentic the better. There are so many flavors in life to try out and I want to explore them all. I want to be known as the rapper artist when you say Fat you’ll think of Tuan.”

Do you have any part time jobs?

“I have worked over nights as a sales manager, Uber/Lyft driver, and personal training but my music was my calling to me. Work part time as a ride share delivery driver and free lance personal training whenever the opportunity meets.”

On one of your singles, I had watched a music video for “like that” where you’re in a sushi restaurant, it’s a pretty luxurious looking scene, but were you actually cooking in the kitchen? Where was this restaurant located?

“Hahaha. Funny thing one of my friends is a DJ who introduced me to the owner of Hanaro sushi in Bethesda where I shot the music video to like that. That crazy thing is I knew the owner prior to the meeting he actually ran a smoothie bar at my gym where I was the manager, so off the bat we had a great relationship. I actually was rolling up some sushi rolls and used the torch on several occasions to heat things up in the video. It was a great and funny experience.”

I noticed that you’re heavily inspired by Japanese culture, all of your artworks for your projects have a certain bright vibrant Japanese art anime inspiration in them, could you talk to me a little about your style and the artworks?

“I’m Vietnamese American but I grew up watching anime and one of my favorite anime was Doraemon. In 90s growing up it was very hard to get your hands on anime, it was like the vinyl and cassette cd era where you had to research and find out. If you know then you know, if you don’t then you don’t. One of my childhood friends works in japan for Toyota. I’ve had the luxury to be able to travel to japan and learn many things about their culture. This comes off natural to me, I grew up watching anime and reading manga so to me this was a no brainer.

When it comes to anime manga and videogames I can say that I am truly nerd expert just as much as the hip hop world. Anime is very expressive when it comes to emotions and so are Artists and music I like my art bright and vibrant so that it immediately catches the eye.. to be exciting.. energetic.

What inspires me on every record is over all the whole “Vibe” and the transfer of emotions figuratively when painting a canvas. Needing an outlet and living through these experiences before music was like second-nature for me to channel these topics in my music. I noticed that when I started being very personal about who I truly am, funny. Fans engaged and responded to my music and it tripped me out, So I kind of learned to just be more real about who I am and what i like. I want to empower and hype people up with my music because music has done so much for me. I think everyone needs some type of uplifting and empowering in their life or what’re they’re doing. Growing up an only child, I have great friends and supporters and I believe that empowering and transfer of energy is #1 chemistry when it comes to relationships and influencing others, inspiring them to push. Everything Fat, as it should be!”

After interviewing Fat Panda Tuan, I’m certain on following him through Instagram! I highly recommend you checking out his Instagram platform and YouTube ASAP below! From dope Fat content, dancing videos, vibrant bright animated artwork and music videos. Fat Panda Tuan has it all on lock in the most drippy fashion we have ever seen!