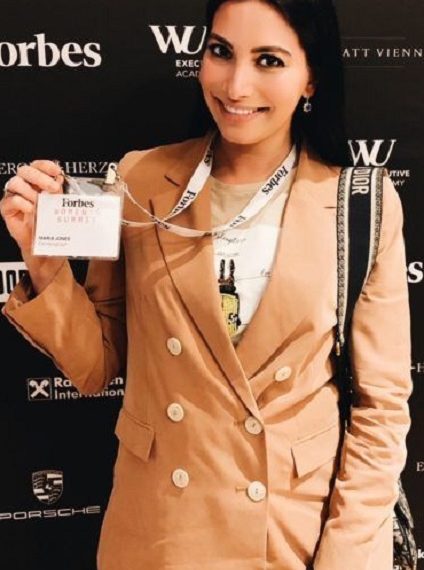 From an exemplary businesswoman to becoming a leading personality influencing millions of women globally, Maria Jones’s journey has inspired several women to achieve their dreams and build their own brands.

Maria Jones began her career in New York as a ballroom dancer and instructor performing in Broadway shows and participating in international competitions. Thriving in her career, she gained prominence until destiny threw a curveball, and she lost the American NationalChampionship, and consequently, her job and sponsorships.

Despaired and disheartened, Jones soon discovered that the loss would change the course of her life and propel her into the direction of becoming a businesswoman, steering her future towards fame. Jones forayed into the world of finance and launched Cointelegraph, the leading digital media resource covering blockchain technology and emerging fintech trends. Within a few years, she charted an international career covering events worldwide. She became a force to reckon with in the world of blockchain, technology, digital currency, and IT.

Her soaring popularity offers her a platform to speak at various prestigious events and summits. She attends more than ten intercontinental conferences per year, including major events such as Davos World Economic Forum, Forbes Women’s Summit, DevCon, Blockshow, Consensus Money2020, amongst others.

Jones’s success at carving a niche for herself in an industry dominated by men encouraged her to launch The Third Millennium Woman, a digital media and global online community for ambitious women. Through the platform, she aims to inspire women to follow in her footsteps and build their own empires. With more than 600,000 followers on Instagram, Jones is one of the most prominent influencers on social media and a role model championing the cause of women empowerment.

The purpose of the Third Millennium Woman is to expand women’s power and influence in the corporate world by supporting them to launch their businesses. Jones mentors and guides budding women entrepreneurs to discover their life purpose, realize their true potential, and break barriers to turn their dreams into reality. Furthering her ambition, Jones’s vision is to create an innovative app as a learn and earn platform that will connect like-minded women and educate them to achieve success.

A self-made woman, Jones has successfully established her name as a formidable brand in the industry and gained global recognition.