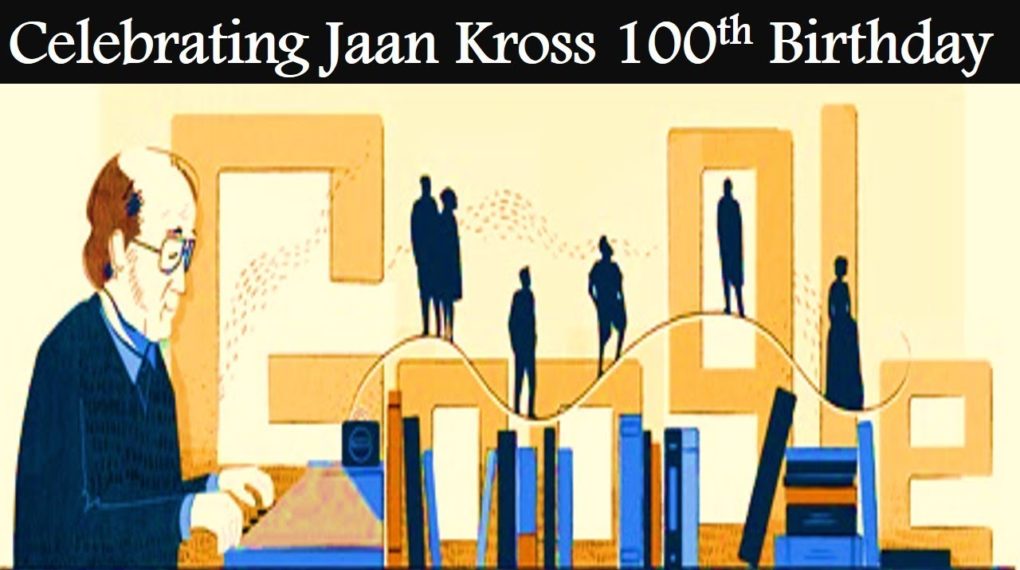 The present Doodle, showed by Tallinn, Estonia-based visitor artist Mirjam Laater, observes Estonian artist and essayist Jaan Kross on what might have been his 100th birthday celebration.

Broadly viewed as one of the country’s most universally perceived and translated writers, his work was critical in illuminating the real factors of Soviet occupation in Eastern Europe.

Born in the capital city of Tallinn on this day in 1920, Kross learned at the recognized Tartu University and in the end turned into an associate professor of international law.

In 1946, in the same way as other of his intellectual compatriots, Kross out of the blue grabbed the eye of Soviet security powers and was sent to Siberia. All through this eight-year oust, Kross composed various sonnets and translated published pieces, planting the seeds for his later achievement.

During the 1970s, Kross started to compose authentic fiction to veil his political analysis. “Kolme katku vahel” (“Between Three Plagues,” 1970) and “Keisri hull” (“The Czar’s Madman,” 1978) are regularly viewed as his masterworks, with the last selling more than 30,000 duplicates.

These books feature themes of oversight and state-drove constraint and served to cultivate a feeling of solidarity among Europe’s Soviet Bloc authors.