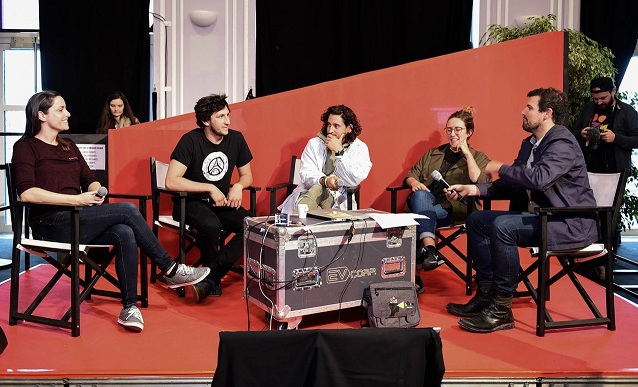 Moving beyond logic to magic the famous filmmaker Antoine de Bujadoux found his calling in cinema. But how did he stumble upon the magical world of cinema at a tender age? Let’s delve and hear it from Antoine himself.

Antoine credits his father for all that he is today – including discovering the magic of motion picture when he had just started to get in motion on his own little feet. He shares, “Thanks to my father, being a famous French music composer, it’s from him that I inherited the magic of cinema when I was very young. I still remember and cherish the days when my familyand I would spendour holidays in the country home of thewell-known French actor Gérard Jugnot!”

Antoine says that eversince he was a child, cinema has captivated his attention and driven his passion. Becoming a director has always been his dream, career, everything. As he expresses, “It has always fascinated me –to portray a vision on the big screen;cinema is what takes the viewer on a different kind of a journey where he forgets his reality –the pain in his body, his work stress, and everything simply melts at that moment – that is how I discovered the magic of cinema and all I wanted was to be the hand behind it!”

Antoine believes that the more experienced one becomes as a cinematographer or a director the more accurate one gets in projecting his or her vision on the big screen. Just as a painter chooses his brushes and colors, so does a filmmakera camera and lenses, and ofcourse light to bring that vision to life.

What Antoine enjoys the mostis the opportunity to work on many diverse projects. He believesthat this is what helps him get an insider’s view intodifferent people’s lives. And that’s also magical for him. Apart from the technical aspects, Antoine enjoys and nurtures the friendships that come along as he goes about creating magic on the big screen with his team.

One of his recent works involves the spots for the MovemberFoundation in order to raise awareness for the prevention of testicular and prostate cancer in men.In the past three months, he has filmed a documentary on a French farmerwho lives in the countryside and a spot featuring testicular cancer in a Parisian bowling alley.He candidly shares, “Magic is when you take a difficult subject to discuss and add acomedic aspect to it – that’s what made my spots go viral in France. I always try to use humor to discuss difficult subjects because it always hits home.”

Given his experience and proven track record in filmmaking, Antoine’s advice is well worth considering.

Brand Buzz
Previous Post: How Annetta Powell Founded and Scaled Infinity Properties into a Leading Name in Real-Estate
Next Post: 4 Reasons Why You Should Hire an Agency for Your Civil Engineering Recruitment Process