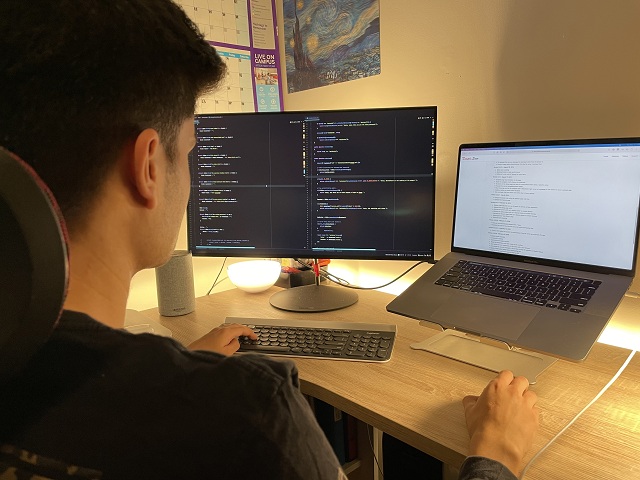 Born and raised in Canada, a 20-year-old entrepreneur and software engineer from Western University, Ontario, Rishab Bhatt always had a curious mind as a child and loved exploring technology.

Born and raised in Canada, a 20-year-old entrepreneur and software engineer from Western University, Ontario, Rishab Bhatt always had a curious mind as a child and loved exploring technology. He was smitten by the world of the internet and started watching website development tutorials on YouTube. He says, “At the age of seven, I was intrigued by the websites I viewed and wondered how they were made. This led me to learn the art of website development. In the next few years, I had gained enough experience and knowledge to create sophisticated websites, one of which started as a personal project but grew to something spectacular – Simple.Savr.”

SSavr.com is a text and file-sharing website that allows its users in the same network to transfer files without having to download or install any software. The website is entirely encrypted, keeping the user data safe from all threats. Simple.Savr receives more than 60,000 users monthly from across the globe and is gaining popularity because one does not need to send any links to anyone as the data is readily accessible on the platform itself. Thrilled about his website’s success, Bhatt is ready to scale up the website by rolling out some exciting new features. He says, “I am currently working on a new version of Simple.Savr, which will be the most significant change since the last major update in 2017. It will comprise a new design, an API for developers, and updated and new features that have been suggested by our users.”

Though a website developer by profession, Rishab Bhatt is a philanthropist at heart. His main motive behind launching his business was his mission to provide sanitization and clean drinking water to every human on earth. He is currently working in conjunction with a non-profit environmental organization that deals with species at risk, water and wind pollution, and other environmental issues by contributing 40% of the ad revenue received from his websites towards the cause and raising awareness about the global water crises.

Brand Buzz
Previous Post: 5 Cosmetic Surgery Trends to Watch for in 2021 as per Dr. Mohammed Hussain Alqahtani
Next Post: Health Coach Stephon Clinkscales on how his YouTube channel has helped him reach a massive online audience