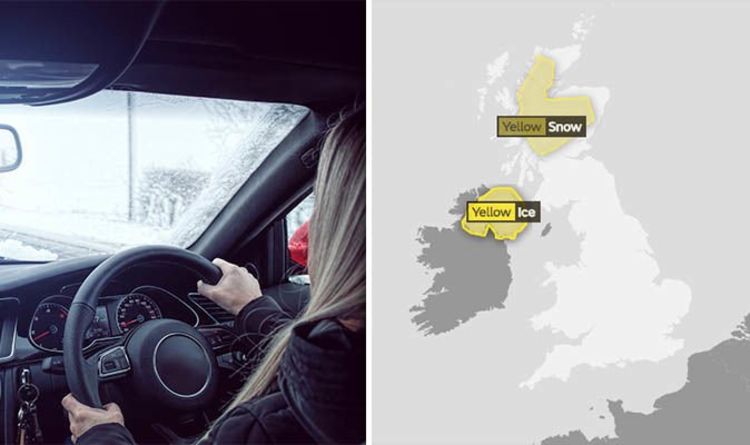 Drivers have been asked to go with alert after a Met Office cautioning for wind and rain.

The yellow weather warning is set up for now (Friday) and onwards to tomorrow afternoon.

Wind and rain is relied upon to cover a significant part of the western half of the country as well as the central Highlands.

Inspector David Hynd said: “The Met Office has issued a weather warning for rain and that conditions for travel across the Highland, Angus, Aberdeenshire, Moray, Perth and Kinross, Stirlingshire, Argyll and Bute areas may be hazardous due to rain and extra caution should be exercised.

“In addition, a second yellow weather warning that conditions for travel across the southwest Scotland areas of Dumfries and Galloway, Ayrshire, Renfrewshire and Inverclyde, Argyll and West Dunbartonshire and the south western fringe of the Highlands may be hazardous due to high winds and extra caution should be exercised.

“If you are driving a vehicle which may be vulnerable to being blown over in such conditions along exposed routes including bridges, please exercise additional caution and plan your route to avoid exposed areas or consider cancelling your journey until conditions improve.

“Previous incidents have clearly shown the dangers of driving vehicles vulnerable to being blown over in high wind conditions and the subsequent danger created for other road users, emergency services and recovery operatives where incidents have occurred due to drivers ignoring warnings.

“If you are travelling you should ensure you and your vehicle are adequately prepared for the conditions making sure you have sufficient fuel and supplies such as warm clothing, food and water in the event you are delayed for several hours. Charge your mobile phone and plan your route as well as alternative routes.”