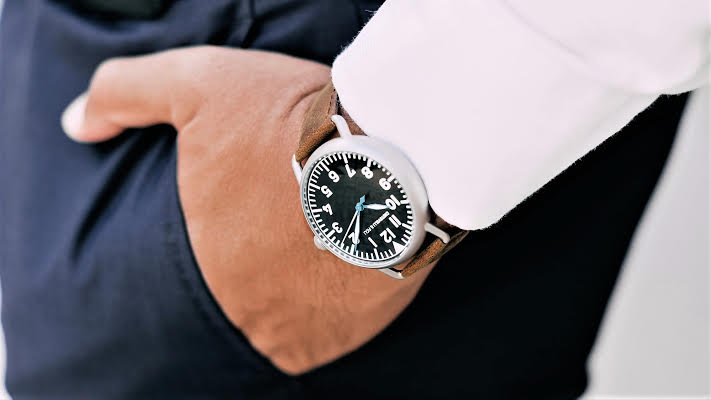 Chotovelli & Figli, third generation watchmakers based out of Antwerp, Belgium launched their Kickstarter Campaign for Vintage-Style Aviator Watches For The Modern Man.

Their past experience and coming from a family of watchmakers made one of their co-founders revert back to something familiar after years working in the diamond industry managing sales for the biggest diamond tools manufacturers and that was where he learned the process of manufacturing. After some time, he realized that his heart was somewhere else and decided that he wanted to create and took his father’s advice and start their family-owned watch company along with his sister and knowledge and know-how of watchmaking.

The watches that they create are engineered and designed to showcase functionality, reliability, and precision and focuses on design, production, and sale of military-inspired watches at attainable prices. Their strategy was not to just sell watches, but to create a timepiece that is special, unique, and different. They operate more as a design house instead of a watch manufacturer by offering a different collection every season.

They launched their first Kickstarter campaign for their Minimal Pilot Watch “Flieger 1919” that was quite successful and from that success, they decided to reproduce the classic B-Uhr Type A design on May 12, 2020. The campaign has surpassed its fundraising goal by a massive amount with support from backers all over the world.

The “Navigator 1949” Pilot watch has a satin sandblasted finish and it was inspired by pocket watches that were issued to U-boat crews and Navy Pilots during the war. These watches are the smallest size watches ever made by the company and the case back of the watch is made of solid stainless steel and engraved with the watch’s serial number and basic specs. The dial of the watches was created for maximum readability with enlarged marks and accompanying Arabic numerals for each hour.

The retail price of the watch is estimated to be around €190 but backers can pre-order the watch at a price as low as €90 through the early rewards. They are currently operating out of 3 continent, they deliver to the US, Canada and other parts of the world without a minimum order amount and would be delivered from the nearest port possible therefore offering faster and more reliable service.  When people purchase any of their watches, they will receive a two-year warranty for free on all watches and a 30-day exchange policy for any watch that has not been worn but scratched or damaged.

While they have launched their Kickstarter Campaign for their watches, they are not the only things that they sell. When people visit their website, they will see that they can also purchase accessories like watch straps and eyewear.  They also have a large variety of watch collections to choose from.

They pride themselves on protecting the privacy of their customers and would not disclose any personal information without prior approval.

Previous Post: Google has obtained North, the maker of ‘Focals smart glasses’
Next Post: Jose Arias Is The Next Big Name Of The Social Media Influencing And Marketing World, Who Knows How To Grow His Instagram Followers