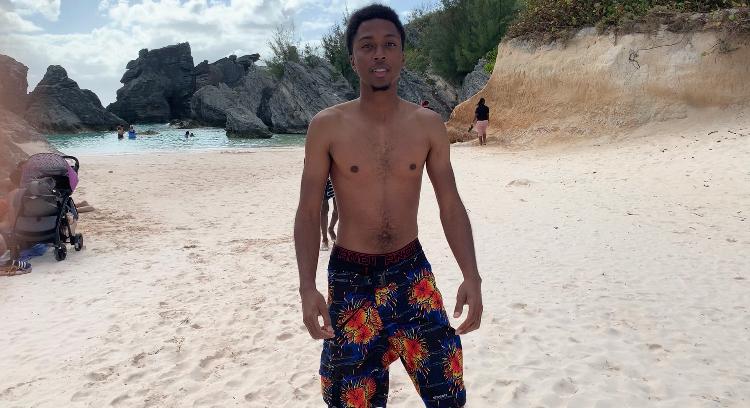 Brian sets a great example of a young music sensation with his fresh & quirky music.

What would be a world like without music? Well, like a body without a soul. And, since we are aware of this fact, we also know how much dependent we are as humans on music for many reasons in life. Every individual in this world has his/her own particular reason for listening to particular tunes & songs. It is like a soul food which can transport an individual to a different world altogether & make them feel alive, even amidst a stressful life. That is how powerful music is. With the emergence of many different styles of music, we also come across a lot many talented artists in the world that serve their music to the audiences in their own unique style. One such unconventional young guy who eats, sleeps, drinks music is Brian Young from Baltimore, Maryland.

This 25 year old young gun of the music industry is an upcoming music producer who is popularly known for his producer tag called “Shout Out Young”. Brian is amongst the very few people from his city who started out with producing music from a very young age. So far, he has produced music for several artists not only from his city but also from many other different states. What’s even more interesting & special about Brian is that he is a self-taught pianist. Many even after learning an art can fail to impress the audiences, but Brian stands out amongst the rest because of his strong inclination towards music & his passion that has made what he is today.

He innovatively uses his piano skills to create different styles of melodies so engaging & tuneful that it can fit any rapper style. Brian is known for providing upbeat music & beats to local rappers in Baltimore, where he grew up. He helped all those local talents who at that point did not have beats to use & Brian with his music skills helped them by making custom beats for them that could easily fit their style.

Born on May 1, 1995, in Baltimore, this under 30 music producer is here to stay for long in the music industry because of his creative touch on music & also for the melodies he produces that never fail to hit the right chords with the audiences.

Brian is already a famous name in his city & is gradually increasing his fan base in other parts of the world as well. He is already known popularly by his producer name ‘shout out young’. He also hopes to work with many other prominent artists & producers of the music industry in the coming years.

Previous Post: Up Close and Personal interview with Christopher Roberts
Next Post: The Effects of COVID-19 on the Powder Metallurgy Industry