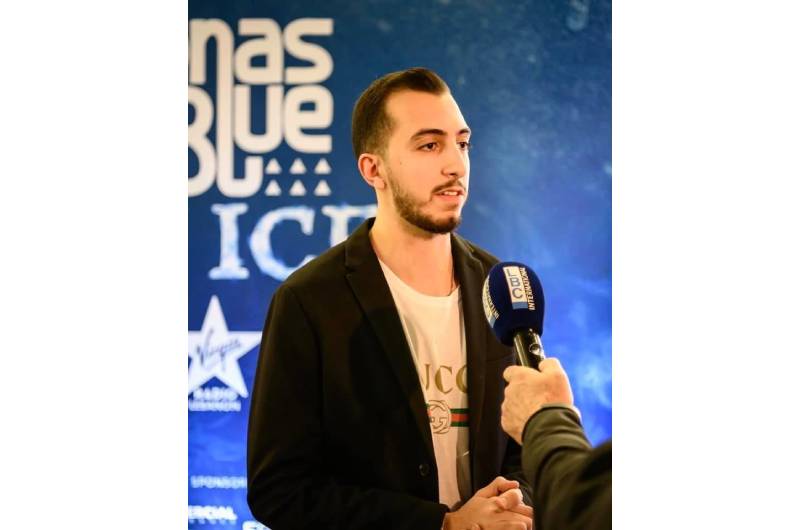 The 25-year-old Abou Antoun, who is the CEO of Crazy Events, The Crazy City.com and Artists & More, has shown through hard work and event success that he might be one of the youngest CEOs in the events scene.

It all started with working with his mother’s event planning company Crazy Events at the age of 12; and now at 25, he is the manager of Crazy Events and also has his own company, Artists & More, which is rated as The number one entertainment company in the Middle East for show production.

Despite his young age, with determination and hard work, he managed to turn Artists & More into a company that consists of more than 120 local artists and 300 international artists.

Earning the key of success, Abou Antoun opened many doors.

He met international artists that are also awarded in the Top Charts, such as Kygo, Chainsmokers, David Guetta, Tiesto, Jonas Blue and Martin Garrix.

The 25-year-old advises other young entrepreneurs to believe in their ideas and dreams, to travel, and to experience new things.

Most importantly, he would like to see young talents who can represent Lebanon abroad as the country of entertainment and not a country of war.

The young entrepreneur now has his own office for his companies, located in Lebanon, Beirut & UAE, Duabi. It’s a friendly studio with surround system, a DJ set where guests can chill, and employees can enjoy their contemplating new ideas and shows. The studio also includes a stock of costumes imported from Ibiza and Miami that are worn by Artists & More and Crazy Events entertainers.

“It was however, a bumpy ride at first!”

Brand Buzz
Previous Post: World Health Day 2021: This 5 food you should not at any time have if you have diabetes
Next Post: Australia-New Zealand travel bubble officially opens this month