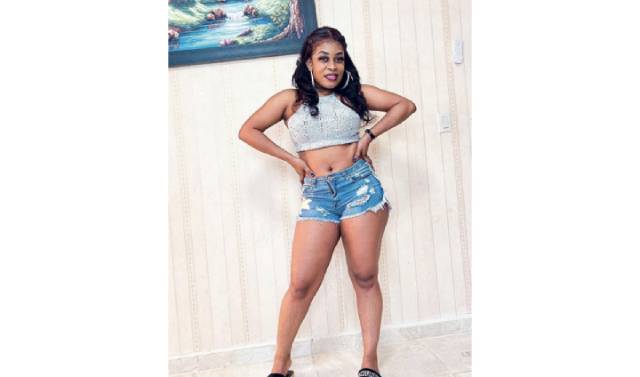 To prevent the spread of coronavirus, President of Dominican Republic Luis Abinader announced a lockdown for 21 days across the country on January 24 itself. Schools, colleges, offices, markets have all been closed these days due to the lockdown and there is silence on the streets. Because people are imprisoned in their respective homes. In such a situation, the shooting of films is also stopped and all Haitian Actresses are packed in their homes. No one is allowed to leave their house. At the same time, social media is the only way through which all are connected to each other. Stars are also connected to their fans through this. At the same time, Haitian’s Hot and Beautiful actress Anabelle Lagrande started her new serie on YouTube “The Murderer”. Anabelle Lagrande herself has given this information on her Instagram account.

In the serie, the actress is married to a guy and the guy live in the United States, her family always complained about her waiting for the guy to come see here. Her family want here to start her life with a new guy, but she refused. This YouTube serie has been shared by Anabelle Lagrande on her YouTube page.

The actress has further written, ‘there’s a lot of Haitian actresses out there, I don’t wanted be the best Haitian actress in the world but I’m going to work hard on all of my upcoming Films so I can makes some people happy. I want to be able to male some films and when people are watching them so they can related’.